You are here: Home / General / Awesome and Catchy Campaign Slogans for Treasurers 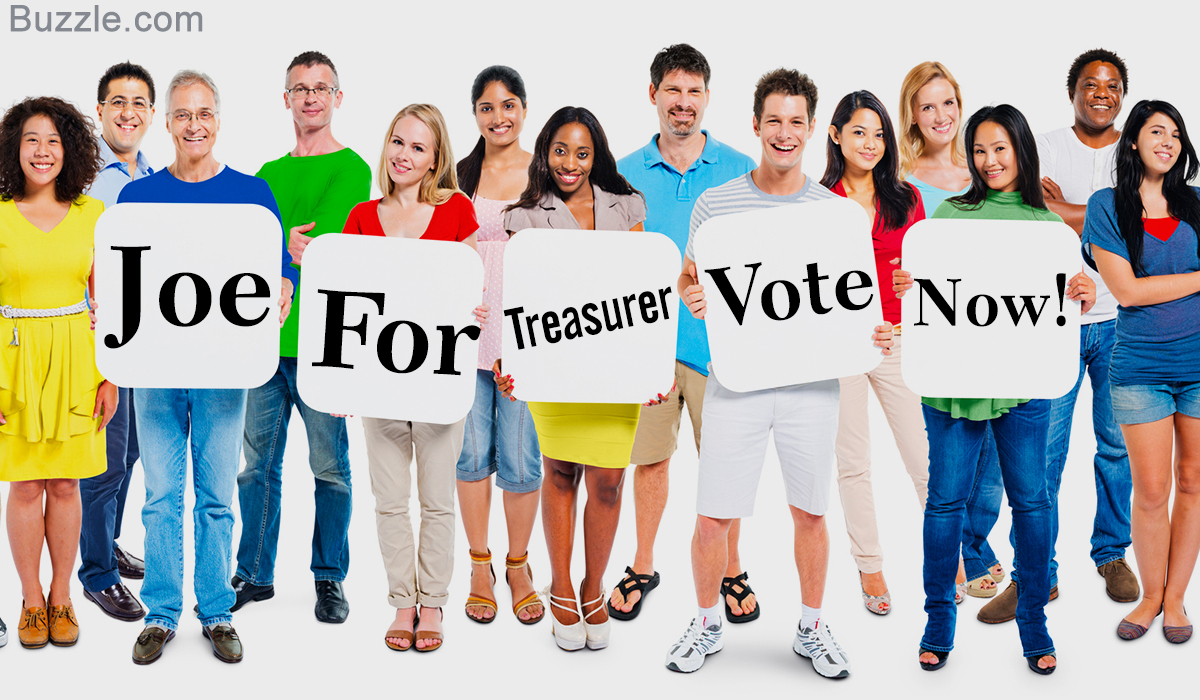 Campaign slogans are a part of every event that needs publicity. These are written on paper and they advertise or promote a person, party or an organization in an attractive manner. It is an accepted fact that success of an election campaign depends on the overall public image and abilities of the candidate, but slogans make it easy to highlight these specialties.

Coming up with good campaign slogans needs a lot of creative thinking, keeping in mind the person you want to promote. When it is a school election campaign, fun and enthusiasm is at its best. So without further ado, we offer you some really catchy and awesome slogans that will make you stand apart from your opponents.

Catchy Campaign Slogans for a Treasurer

Before anything, you need to understand a few things. First of all, understand that treasurer is an important person in any organization, with all the revenue and economical responsibilities. So before you start implementing ideas for campaign slogans, make sure that you are aware of the designated job.

The slogans that you create should be short, crisp and to the point. You should feel their effect and impact while saying or writing them, like a poetic verse or a remark. Try using easy language and simple words rather than trying to create something new and ending up with something really absurd!

Here are some good examples.

• Keep things even with Steven (if the candidate’s Name is Steven).

• Bank on me. I will treasure your vote.

• Addition and subtraction, she’ll do the transaction.

• I know I am a rookie but I am one smart cookie!

Well, this is where I conclude this article about campaign slogans for someone running for treasurer. Along with some catchy slogans, the person running for this position also needs to build a good public image with good work on a personal as well as a social level. All the best!