A Detailed Analysis of Common Moral Dilemmas for Students

With increasing amount of mental pressure on children, the moral dilemmas that they face, too, have increased. This article shares some examples of moral dilemmas, that will help you understand the complex phenomena in a simple manner.

You are here: Home / General / A Detailed Analysis of Common Moral Dilemmas for Students

With increasing amount of mental pressure on children, the moral dilemmas that they face, too, have increased. This article shares some examples of moral dilemmas, that will help you understand the complex phenomena in a simple manner. 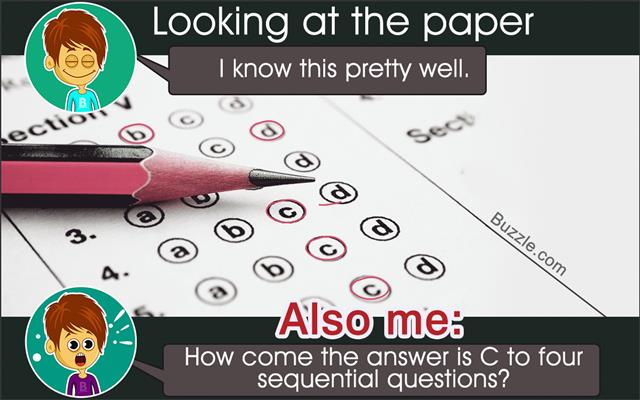 There are times when we cannot think of what is right or wrong or what we should do or we shouldn’t. Moral dilemma generally refers to the situation, where you have to choose between two alternatives, that generally are equally unpleasant. There is no exact definition for a moral dilemma, as it is related to human emotions, and not all the emotions can be explained in words. People learn to solve and cope with mental dilemmas over many years of experience but it is quite difficult for young kids, adolescents, and teenagers to confront their emotions and come to terms with moral or ethical issues. Merely reading or listening to moral stories does not make the task easy. To solve any mental dilemma, you need decisiveness, good analytical ability, and self realization.

Moral Dilemmas That Students Come Across

Parents can guide children when they are at home, but once the children go to school, they have to handle their problems on their own. Also. as and how a child grows up, the nature of his/her doubts and dilemmas also changes. Hence, let us discuss these scenarios with the help of a few case studies.

Liz was a 12 year old girl. Next month, she had to appear for her annual exam. Her father told her that if she scored well in all the subjects, he would buy a cycle for her. Liz was excited and studied really hard for the annual exams. But, she always scored less in science. She studied hard for the science paper and went for the exam. The teacher distributed the answer sheets and sat in one place.

Liz started solving the paper but she wasn’t sure about her answer. She was tempted to look into her friend’s answer sheet, as the teacher was not nearby. She thought that it’s the only subject she is weak in, otherwise she is sure to top in other subjects. So why not copy a little? She would also get the cycle if she tops. Liz thought she could easily peep in to her friend’s paper and she indeed did so, and felt terribly guilty about this later. Nobody knew about this, except her.

Sarah and Samantha were best friends. Both of them had just turned 15 and had recently joined high school. They were so close that they used to share every problem with each other and used to take care of each other. After few days, a new boy, named John, joined their high school. John was very cute and all the girls adored him. Samantha too had a crush on him. Samantha was a little more talkative, and so, she soon became friends with John.

One day, Sarah noticed that John was flirting with Zoe. She wanted to tell this to Samantha but wondered if she’d believe her. Samantha was so involved in John that she was in no mood to listen to anything against him. Sarah thought if she said anything about John, she would lose her friendship, but if she kept quiet, it wouldn’t be any good for her friend’s future.

Mark was sure that he wanted to become an engineer. He was really studying hard so that he could get an admission in the best university. He studied hard but somehow couldn’t score that well. He was very upset. After few days, Mark met one of his friends who told him that if he gives him some money, he can arrange for an admission. Of course, Mark didn’t have money and he could not ask his father, as it wasn’t legal.

The next day, Mark’s father gave him some money to deposit in the bank. Mark thought that with this money he can easily get an admission in the best college, and his career will be all set. He didn’t deposit the money in the bank, and neither did he give it to his friend. He was very confused.

From the above three different examples you get a fair idea about the various types of moral dilemmas students go through. Moral dilemmas involve a lot of mental conflict between two choices, in which, choosing between what one desires and what society dictates is right, is extremely difficult. In such situations, it is important for a student to choose between the two unpleasant situations, and take the right decision.

How to Solve these Dilemmas

There is only one way to solve the moral dilemma and that is opting for one of the situations. Before choosing any of the situations, it is important that a student analyzes the situation in a holistic manner and decides which course of action is morally right. Parents and teachers play a major role in this task of solving dilemmas for students. Though they cannot be there with children everywhere, they must mentally prepare their children to face such situations. It is also important not to sound very preachy while discussing moral issues with your children. Guide your children subtly about what is right and what is wrong. Also tell them that life is not only about black and white, but it is full of myriad shades of gray . Make them understand the conceptual differences between morals and ethics.

It is important to note that younger children base their moral judgments on consequences and not on the motive behind the act. This happens because many of the parents just explain what is wrong but not why a certain thing is wrong. Explaining this helps children analyze the situation better and solve the moral dilemma effectively. Always appreciate the positive behavior of your children without any conditions. For example, If your child is studying hard, appreciate it but do not say that you will reward his hard work only if he gets good marks. An overall good child development process prepares students to face various moral dilemmas in their school life. It helps them cope with stressful events with ease and stay content without losing mental peace.

With these insights on moral dilemmas for students, you know how complex and subjective the issue is. But effectively solving these dilemmas certainly brings happiness. As George Washington rightly said, “Happiness and moral duty are inseparably connected.”.